Karl Rove is retiring. Seven years ago, this would have been welcomed news. Now, it's like someone backing out of the room before the shit really hits the fan. He said he needs to spend more time with his family. 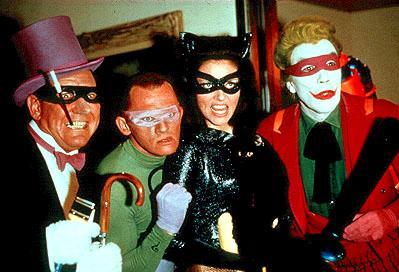 He will also write a book about his political career.

Here are some interesting facts from PBS's Frontline that I hope he includes...

- At age 9, Rove is a vocal supporter of Richard Nixon's presidential campaign -- so vocal, in fact, that an older girl, a would-be Kennedy voter, beats him up. He then leaked information to the school newspaper implying the pre-teen lass liked boys, had cooties and was a liberal.

- During his first year of college his parents divorce and not long after, he learns that Louis Rove, the man he thought was his father, is not. He does not meet his biological father until he is in his 40s. Who is his real father? I think it's this guy.

- Rove, eager to see Bill Clements in the Texas governor's seat again, drafts a memo that foreshadows future Rove campaigns. He quotes Napoleon, advising candidates to put forth "a well-reasoned and extremely circumspect defensive, [sic] followed by rapid and audacious attack." Where is our Watergate-loo?

- In 1993, he convinces George W. Bush to run for governor against Ann Richards. According to Washington Post reporter Dana Milbank, Rove gives Bush a book, The Dream and the Nightmare: The Sixties' Legacy to the Underclass by Myron Magnet, that will later form the basis of "compassionate conservatism."

Here's what Publisher's Weekly and The Wall Street Journal have to say about that book. Note the contrast!

The legacy of the subtitle, according to Magnet, is "a liberal, left-of-central worldview" that, despite the intentions of the 1960s counterculture advocates, divides our society more fully than ever into Haves and Have-Nots. The sexual revolution and the focus on free "expressiveness" had the effect of holding "the poor back from advancement by robbing them of responsibility for their fate and thus further squelching their initiative and energy." ...Magnet urges that we " stop the current welfare system, stop quota-based affirmative action . . . stop letting bums expropriate public spaces . . . stop Afrocentric education in the schools." Magnet offers many examples of societal ills but fails to make a convincing case that the legacy of the counterculture is the culprit.

From THE WALL STREET JOURNAL

An absorbing tale of how the honorable intentions of liberal do-gooders produced tragic consequences. It is also at heart a profoundly optimistic book...Many writers have addressed this topic recent years but few have done so with more wisdom or more passion than Magnet.

- Rove convinces Bush to run for president. They go after John McCain in the primaries. McCain faces a brutal whispering campaign about his mental health, his wife's admitted battle with a dependency on prescription drugs and whether he had fathered a black child out of wedlock. (The McCains had adopted a Bangladeshi child from Mother Teresa's orphanage.)

It's been a long series of dirty tricks - too many to list here!- to get George Junior in the Oval Office chair for two terms in a row. Karl's the man. I look forward to reading his book.

This just in...Found on a discarded laptop in Lafayette Park near the White House, is the first draft of spinmeister/architect Karl Rove's book. It begins...

And anyone who tells you otherwise is from the liberal media.


"Which of the following is NOT attributed to media mogul Merv Griffin?"

50% answered "Bought the Beverly Hilton from Barron Hilton" This is true. Merv got into real estate because he was BORED. And what got him going was a phone call from Baron Hilton asking him if he'd like to buy his hotel. Much like how you or I might call a friend to see if they'd like to take a bookcase or futon off our hands. A $100 million bionic futon.

25% answered "Was discovered by Doris Day"
This is also true. Day saw him singing with is band in Las Vegas. A series of trivial roles in lackluster movies followed.
The one thing Merv did NOT do that no one got...Wrote the theme song to "The Price is Right"

Perhaps Merv's biggest claim to fame internationally is being the creator of Jeopardy and Wheel of Fortune. He also wrote their theme songs. All these facts are in the Associated Press's obituary on Merv. I will always remember him as a talk show host I would watch after school and as the killer in The Man with Two Brains.