Moral Fixations opens tonight at Donny's Skybox and there are only two shows left for Saturday's The Best of The Tens featuring Cheddar Moon, also at The Skybox, and this week is already over half sold. So, please come check them out and I strongly suggest buying your ticket in advance. Call the box office at 312.337.3992 or go on-line.

"A restaurant chain in London has angered animal rights groups because its new pizza features what?"

40% said "Mountain Gorilla Breast Milk Cheese"
- Got to give props to the cajones on the dude that milks the gorilla. Make sure those hands are warm.

30% said "Foie Gras"
- Someone somewhere I'm sure already does this and Domino's will pick up on it soon.

10% said "Mashed Baby Chicks"
- Could be, but they'd have to make it sound better, french it up, like just le peep peep squishé.

According to The Sun (I love it when I can attribute the center of our solar system as a source. That sun, what is it not a source of!), the “Hopper” contains eight limbs on a traditional base with capers and an anchovy sorbet.

The £17.95 dish has angered campaigners who slammed it as “barbaric” — because frogs’ legs are amputated while they are still alive.

She said: “The animals typically have their limbs hacked off while still alive, having been captured by the bucketload from the wild in countries like Indonesia."

Chef Sami Wasif came up with the idea on a trip to Paris — and called it “refined”. 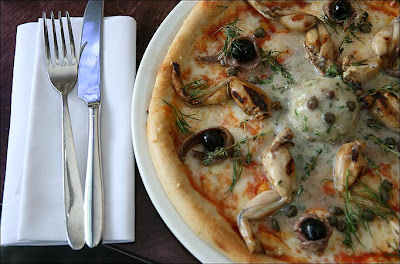 Go ahead. Order it. But don't be surprised if you hear a squeaky wheel coming up behind you. 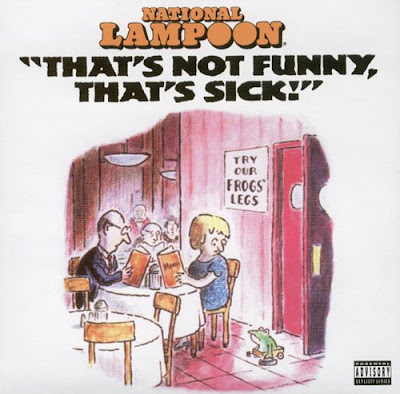 Posted by Joe Janes at 5:54 AM No comments: Links to this post