The Reader recommends you come see Metaluna. The review isn't on-line at the time of this posting, but it is in print. They plug us on their website's homepage with a picture of Regan in religious attire and whiteface. Oddly, they have linked us to info on Late Nite Catechism!

The Tribune has also reviewed us, but I couldn't find it on-line. Don has it posted at AWG.

Our second weekend starts tonight at 8pm at A Red Orchid! Come and get your Dada!

"Police were called to Dick's Market in Centerville, Utah because of a reported bomb that turned out to be what?"

40% said "Package of Foot-Long Hot Dogs"
- That bomb goes off about 45 minutes after you eat them.

20% got it right with "String Cheese"

According to UPI, an employee of Dick's Market reported seeing a cylindrical device wrapped in duct tape near a dry ice cooler after police received a phone tip of a bomb in the store, the Ogden (Utah) Standard-Examiner reported Wednesday.

Centerville police Lt. Paul Child said the store was closed for about two hours while bomb sniffing dogs and a bomb technician ensured there was no real threat to the store. The device wrapped in duct tape turned out to be a piece of string cheese.

No arrests have been made. They believe it was an employee playing a prank. Me? I think it was a promotional stunt for these guys. 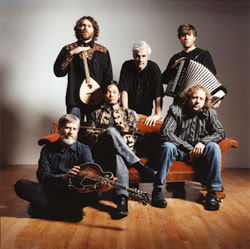