Brian Costello from The Chicago Reader came to our opening night.

Here are some quotes...

"...the pieces showcase Janes's willingness to take risks of all kinds."

You can read the rest of the review HERE.
Posted by Joe Janes at 8:53 PM No comments: Links to this post

Email ThisBlogThis!Share to TwitterShare to FacebookShare to Pinterest
Labels: 50 Plays 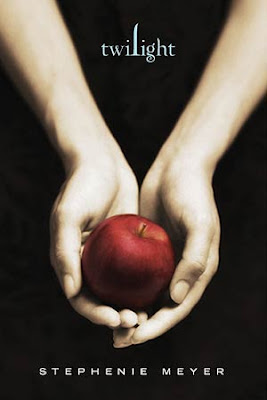 It is not unusual for me to read a book long after its been published or not see a movie until it comes to DVD (or, now, streaming on Netflix). This is especially so if it is something that is wildly popular. Seems the more popular it is, the less interested I am. Maybe this goes back to my general attitude in high school, which applied mostly to other students and Top 40 music. If everybody likes it, I probably won't.

Once in a writing class I was teaching, I had a student who wrote a parody of Twilight. It was clear she had not read the book. Even though I hadn't either, she just wasn't able to address some of the logic issues I was having. My advice to her, and I stand by this, is that if you want to poke fun at something, you have to know it well. Read the book. The first film had yet to be made. Read the book, then write the scene. She cursed me, read the book, cursed me some more, and wrote a very funny scene poking fun at the over-the-top soap opera antics of Stephenie Meyer's Twilight.

Had I given that advice to me, I simply would have written something else and skip the pain of reading a 500-page book about dreamy vampires in love. My resistance to the book is also rooted in my love and affection for Buffy, the Vampire Slayer. High school. Vampires. Been there. Loved it. Don't spoil it for me. I once almost watched the first Twilight film. I'm a whore for free preview weekends on cable. However, I almost always have bad timing for them and hardly ever see anything I really want. Twilight was on. I left it on while I did other things. Pretty sure I followed the story pretty well, too, with only a few glances at the screen.

I know I did, because I recently read the book. On a challenge. This isn't a story about how I have been turned around and am now a fan. Far from it. However, I do have a different appreciation for it. Considered in the right context, it's actually a really enticing book. Weighed as a book for adults? Keep it away from my bookshelves, please. It's sort of like Rebecca Black's debut music video Friday. It's horrible. But when you consider she's barely in her mid-teens, well, then, that's a pretty damn impressive video, don't you think?

Twilight is a book written for young adults. That's the section I found it in after overcoming my embarrassment to ask the store clerk to help me find it. This book is not for grown-ups. You want grown-up literary vampires, hit up Anne Rice. These are vampires written for teens. Specifically, teenage girls. This book hits its target. Not me. It's also written in the first person of Bella, the smart, but klutzy girl who doesn't realize how good lookin' she is until all the boys at her new school fall all over themselves to meet her. All of them, except the broody Edward. Who can sometimes be nice. It reads like her diary. It's like peeking in on her most intimate thoughts, something her glistening mind-reading vampire boyfriend can't even do. It's made to stir the loins of young girls. Not my much older, hairier loins.

This book is not for me. It's for teenage girls. Or the teenage girl in you. For me to bitch about its existence is ridiculous. It was not designed with middle-aged bald guys in mind. For me to complain about it is like me lamenting about Sesame Street being condescending to adults or Divine Secrets of the Ya-Ya Sisterhood failure to show an adult male perspective.

Now, I have read books for young adults that I enjoy. They do exist. But whether I enjoy them or not is moot. What matters is if the target audience enjoys it. Clearly, my Twilight book knows who it wants turning its pages.

So, if you're an awkward, but smart and somewhat pretty teenage girl, you'll probably really enjoy this book or the film. If you are not, watch Daybreakers. Good vampire movie. The kind where vampires actually kill people.
Posted by Joe Janes at 8:03 PM No comments: Links to this post