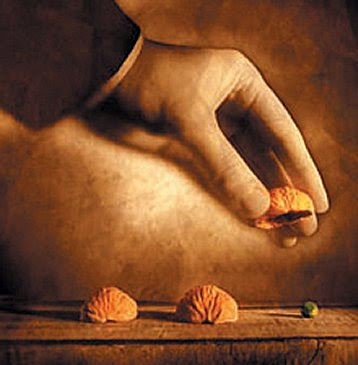 Regular readers have heard me lament about the state of the CTA. It used to be great. Very reliable. Maybe once a year I would have a problem getting somewhere on time. A fair trade for all the times it got me where I needed to be on time or early. Now, I always give myself an extra half hour to 45 minutes and will still be thwarted in my quest to be punctual.

I have also noticed a dramatic increase in panhandlers and con artists on the train. On the way to work over the weekend, I waited 20 minutes for a train and then that train sat at Wilson for ten minutes. During that ten minutes, a guy went through with his homemade gospel CDs. He even rapped a few samples. Yep. Rap gospel. I did not feel saved. I felt like I was in hell. Then a guy came in telling us all that he was a good guy just trying to find work but needs help so he can better himself with classes and improve his prospects. He even had a laminated resume to show us. And other guy just went person to person asking for change. He wasn't stomping for Obama.

On the way back, I actually saw some guys running The Shell Game. Not familiar? It looks like just one guy with a small board on his lap with three bottle caps and a little ball. Put the ball under one the caps, move them around, tell him where the ball is, win some money. Looks pretty easy. There's a guy playing who's winning mad amounts of money from the guy. There's also another guy near one of the doors who's interested, but not playing. He's the lookout. The guy winning money and showing you how easy it is to take this guy's money is also in on it. I took out my phone, but didn't know who to call. Is this a 911? A 311? There's no number posted on the train on who to call. There's that button you push in case of an emergency, but I didn't want to broadcast my intentions to the three rather large dudes.

A guy next to me looked at me and shrugged. We chatted a bit. It's been years since either of us had seen The Shell Game being run. We were keeping on eye on things. No one was buying it. One guy took out his wallet and checked his funds and then put it away. The guy with the bottle caps moved through the emergency door between the trains to find some willing patsies. At the next stop, the "winning guy" and "lookout" exited out of separate doors as if it was their stop.

A peek through the connecting doors showed me that the lookout was now winning and the winner was now hanging back.

So, why isn't the CTA cracking down on this sort of thing? Why don't they post signs or phone numbers telling us how to report on these activities? Then it hit me. Of course! These guys work for the CTA. They split their take. It's the CTA's new plan to bring in more income to support their executives who are making 100k a year while pissing and moaning about not having any money to make the trains run on time or to keep them clean. Want to support the CTA and keep fare prices down? Start buying those rap gospel CDs and guess where the little ball is.

"Last week during a frantic day of trading at the Chicago Board of Trade, CNBC reporter Rick Santelli found what on the floor?"

36% said "discarded tiny bottles of liquor"
- Nope. These guys are walking around with booze IV drips in their arms.

According to CNBC, CNBC reporter Rick Santelli found a toupee on the floor of the Chicago Board of Trade during one of the most eye-popping days of trading in history. As stock prices plummeted and volatility soared, Santelli said that people were losing not only their shirts, but also their hair.

Adding insult to injury for the owner of the apparently denuded head, Erin Burnett adds, "Wow, it has a bad part-line, too."

This story saddens me. Traders are losing their hair. What's next, discarded penal implants? Torn out dental veneers? This is why we need bail outs. Or more people selling homemade rap gospel CDs.

Posted by Joe Janes at 6:54 AM 4 comments: Links to this post