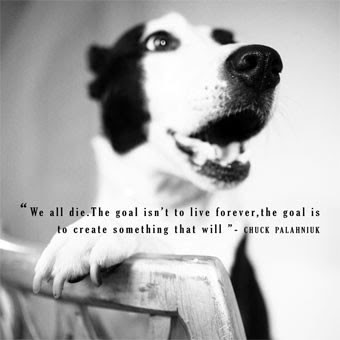 FIG FIFTEEN - SAVE THE DATE!

On Thursday, August 7, there's going to be a party going on in Rogers Park.

They started out as just a scrappy, little deejay company. Now, their skill set and creativity is so expansive, it's hard to pin down exactly what they do or don't do.

I have known James and Michelle for quite some time, but only started working with them professionally since last fall. They asked me to help them out on writing and directing a live presentation for a big corporate event. It turned out to be a huge project that kept getting bigger as we worked on it. I've come to discover that this is the norm at Fig Media. Projects just seem to expand like one of those tiny toy dinosaurs you put in water overnight.

What I like most about James and Michelle and the culture at Fig is the fearlessness. Nobody says "We can't do that. We don't know how." It's more like "We don't know how to do that, so let's do it." Every project is an opportunity for growth as an artist and as a human being.

Culturally, it's a hip, little company full of big hearted people. That's PD in the picture above. You'll see her hanging out at Fig a lot, and, as you can see, she is one of their top models.

If you are in the neighborhood of 1120 West Granville (near Broadway - RIGHT UNDER THE L TRACKS - a fun feature when you are on a conference call or recording a voiceover!) after 7pm, stop on by. There'll be music, and video and photography on display and you'll meet the fine folks of Fig.

"A 52-year-old Milwaukee area man has been accused of trying to get out of cab fares and restaurant bills by doing what?"

13% said "Pretending to be John McCain's son."
- Very convincing, too. He had another guy pretending to be Joe Lieberman's son whispering in his ear and correcting things that he said. "Take me downtown...I mean, uptown. Of course."

No one bought "Pretending to be a newspaper critic."

According to The Associated Press, a 52-year-old Milwaukee-area man has been accused of faking heart attacks to avoid paying restaurant bills and cab fares.

Police say the man took a cab to a mall Monday and pretended to have a heart attack. The cab driver left unpaid.

Authorities say the man then ran up a $23 bill when he had a steak dinner at Applebee's. He again pretended to have a heart attack.

This time the fire department took him to a hospital. A doctor there recognized the man as having pulled the same stunt in the past few weeks.

He was charged Thursday with defrauding a restaurant as a habitual criminal. He could get up to nine months in prison and a $10,000 fine.

Judge: How do you plead?

Judge: I am about to throw you in jail for contempt of court, sir!

(The man collapses on to the floor.)

Counselor: Yeah. He did the same thing when we discussed my bill. (Counselor taps man with his foot.) He's good though.

Posted by Joe Janes at 5:34 AM No comments: Links to this post