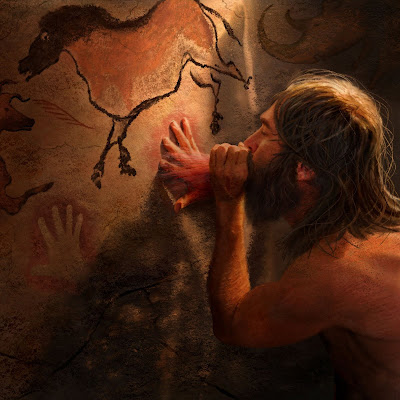 We close out the Friday shows with some insanity, a few messes and a surprise that I can't tell you about because it's a surprise.

David Rocco Facchini suffered major withdrawal after such a fulfilling experience directing Disco Heaven as a part of Joe Janes 365 Sketches last year. He tried to fill his emptiness in the interim by directing Planet Karate –A Butt-Kicking Play at both the Second City and Annoyance Theatres, writing and directing for his sketch comedy group *Creepy Hug, editing and producing Second City’s weekly video festival 7 Day Shorts – Chicago and even getting in front of the camera in webisodes of Two-Minute Meals with Champ. It just hasn’t been enough though, so he appreciates returning to the Straw Dog Theatre and would like to thank Don, Spanky and Pagano, along with his wonderful cast; Brian, Bryan and Mo. But mostly, David is thankful to his therapist for strongly suggesting to Joe that allowing David to direct in 50 Plays would be in everyone’s best interest. Thanks Joe.

Don Hall is the Founding Director of Chicago's fringey WNEP Theater, where he has produced over 125 World Premieres and directed 35 - 50 of them since 1992. He directs shows around town for money (or the satisfaction of directing something unique). He's also an actor and has performed in shows by Second City, WNEP Theater, The Mammals, Chicago ComedySportz, Chemically Imbalanced Comedy, Livewire Theater, and others. Don also works as the Events Coordinator for WBEZ where he has produced dozens of events and is also the House Manager/Production Manager/Audience Services Manager for NPR'sWait Wait...Don't Tell Me! and directed the Audible Feast for WBEZ featuring NPR luminariesScott Simon, Ira Glass and Peter Sagal.

Rinska Prestinary is a Dominican-American hailing from many different places but now considers Chicago her home. She started acting her last 2 years of high school and took a chance that she would find her place in the theatre world, with help from Columbia College Chicago. She was Lucky enough her Jr. year of College to land her first professional show with her new found family at Steep Theatre, where she was nominated for Supporting Actress, Best Play and won best ensemble for, In Arabia We'd All Be Kings by the Jeff Committee. She has worked with amazing companies such as Collaboraction, Teatro Vista, The Goodman, Pegasus Players among many other theatres working in full length productions to stage readings and festivals. Rinska was one of the directors of 365 Sketches. She and Joe have collaborated on projects for the Neo-Futurists and Collaboraction. Lacey and Rinska are reuniting after working with Silk Road Theatre Projects on the critically-acclaimed Scorched last year.

Brian Posen. Brian Does a lot of stuff.

Michael A Rose is a writer, performance artist, producer and musician living in Chicago IL with a cat named Dandelion. Originally from the frozen wastes of North Dakota, Michael’s plays have been produced in New York, Chicago, Portland, Denver and several other major cities. He is founder and artistic director of RoShamBo Theatre, and releases industrial and experimental music under the pseudonym Flood Damage. His debut novel entitled “Party Wolves in My Skull” will be published by Eraserhead Press at the end of 2011. He is honored to be part of this amazing event.

What's Up With This Show?

Forgotten Dreams - This is a silent scene originally written for BriKo. If that had happened, Brian Posen, one of the busiest dudes in Chicago theater, would have performed in two of the 50 Plays as well as directing a third. Unfortunately, the three members of BriKo just couldn't work out their schedule. I was ready to let the play go and move in, but I like it. It's about cavemen (cave people?) workingout the kinks in cave painting. I pitched it to David who I know to insanely creative when it comes to props and staging. He bit. He liked the script and I didn't have to place it on the deleted scenes section of the DVD, which doesn't exist.

The Machine Breaks Down - This, too, almost didn't make it into the show. This was the second piece I wrote for 50 Plays and the director was disappointed. Not so much disappointed in the piece, just disappointed that I didn't write something else for them. It was a good experience in that it helped me more clearly define what it was I was doing and that I needed to tell the directors that I wasn't customizing scripts for them, I was simply writing with them and their cast in mind. While I'm totally open to feedback, the only thing I did not want to hear from a director is "Could you write something else?" Don Hall liked the piece and swooped in to pick it up. It's about a couple in the deep pits of their relationship where all they do together is sit on the couch and face the TV.

Luna Teak and Tong - This was a buttload of fun to write. Lacey wanted to play someone evil. I wasn't sure if I was going to include Rinska on stage or not since she was also directing. Fortunately, I decided to challenge her and give her two roles to juggle on top of directing. Lacey plays an evil aunt out to force a young "suitor" to date her quite deformed daughter. I saw this in tech and Lacey really takes on this role with gusto. I look forward to seeing it with an audience.

Jughead - Imagine Who's Afraid of Virgina Woolfe? if it took place in a trailer park with rednecks. All hell breaks loose in this scene between two couples and ends in a rather explosive way. It may have you running from the theater. But don't go too far. There's one more piece left.

Automatic Teller Machine Machine - This one is both surreal and meta. In meeting with casts and directors, if they ever said, "We'd like to do something absurd, surreal or dada-esque." well, look out. To me, that's like giving a crazy person permission to stop trying to act normal and be full on crazy. This has a little for everyone. if everyone likes butoh dancing and fog machines.


For more information and to buy tickets, click HERE.
Posted by Joe Janes at 9:43 AM No comments: Links to this post