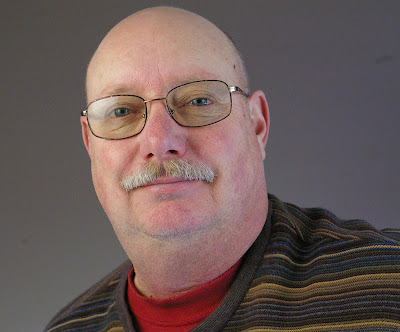 The above picture isn't Don Hall. Well, it is. It's a Don Hall that makes and takes pictures of tea pots. I hope he doesn't mind me using his picture. I couldn't find one of The Angry White Guy that I wanted to use nor could I find any pictures from the event.

Last Saturday night, under the leadership of Anderson Lawfer, a group of Chicago artists gathered to roast the other white Don Hall. Sharing the dais with Andy and me were Dave Goss, Patrick Brennan, Rebecca Langguth, Ryan Palmer, Ele Matelan, Ryan Bolletino, Dada Xeningren(Noah Ginex) and Noah Simon as "the Jew."

It was a blast. In proper roast form, everyone takes a shot at everyone else before zeroing in on the guest of "honor." There should have been a swear job on stage. It was a wonderful blend of blue and intellect. Zings-a-plenty. My favorite one aimed at me was from Dave Goss, I believe... "Joe Janes does not let success go to his head. In fact, he doesn't let it come anywhere near him."

Kim Boler, from Bruised Orange Theater Company and an RvD acting alum, was in the audience and she mentioned how great the roast was. She was surprised by the level of creativity and just plain quality of the writing. More then what one would expect for a latenight roast at a fringe theater. She was right. Andy did a great job assembling this crew.

I got to go first which was cherry. None of my jokes had been used by anyone else and no one was tired of hearing about Don's testicles.

(WARNING: It is blue and very non-PC.)

Thank you, Anderson Lawfer, the Kato Kaelin of the Strawdog Theater ensemble.

It is a pleasure and an honor to be sharing the stage with my esteemed colleagues. Especially after such awful things happened in the world yesterday. I woke up Friday morning to see images of horrifying devastation. People running and screaming. Buildings shaking. Noah Simon was power walking by my apartment wearing bike shorts, clearly displaying his jewishness.

Patrick Brennan, whose life’s thesis is to prove being drunk can still be considered charming. Anderson Lawfer, who is the absolute counterpoint to that statement.

Dave Goss - should be operating the Tilt-A-Whirl at a county fair Dave has many tattoos. Made up of wolves and eagles. The kind of images usually reserved for fleece blankets sold at truck stops.

Elle. I love Elle. But she has told me outright that she won’t find me attractive until I’m married with children and have a pet rabbit suitable for boiling.

Rebecca Langguth – graces this stage possessing the largest set of balls of anyone here tonight. I’m not talking courage. I mean, 20-30 pound testicles. Bigger than Don’s. So large, she has to pull them up and strap them to her flat chest.

Ryan Bolletino – received a bachelor of arts in theater from the University of Iowa in 1998 and he makes his living as a math teacher because if there were anything lower than waiter or temp on the rung of jobs for actors, it would be teaching in a Chicago high school. Right, Don? Don used to teach in Chicago public schools. He was let go when he was subbing a math class and tried to teach the students to count to two by showing them his balls. He lost count.

Dada Xenigren – Proving there’s a fine line between art and just acting like a tard.

I first met Don almost 20 years ago at my audition for The Second City’s Conservatory program. In an improv audition, you typically go in with a group and perform for one another and the adjudicators. I recall watching Don in a three-person scene. He was absolutely terrible. I couldn’t tell you who else was in that scene, because they barely had the chance to speak. Don steamrolled, had a default “comic” bit of being super nervous and speaking a mile-a-minute. And I thought to myself, “Well, this guy’s making the training center’s job easy. He’s clearly a “no.”” Imagine my surprise to see him at my first class. Guess Second City needed a fat guy.

If you haven’t noticed, Don talks a lot. Having a conversation with Don Hall is like talking to a radio. AM radio. He drones on with occasional bursts of Mexican music. He’s Rush Limbaugh, but he’s on our side. He’s also smarter and not as humble.

Every year, Don gets a tattoo to commemorate his birthday. He has been doing this for the past four years. (Have Don show them – FYI, Don gets simple black print tattoos, mainly of quotes he finds inspiring. For example, his last one is “Buy the ticket, take the ride.”) At this rate, he will look like the guy from Memento by the time he is 55.

I have glimpsed into the future. These are the tattoos he’ll be getting over the years to come…

When he turns 90, the only space left for a tattoo will be his taint. His tattoo that year will be the last gasp of Angry White Guy mode and just say “Fuck Capitalism.” Unfortunately, his taint will be so shriveled up, it will look like a Nike swoosh.

I have done several shows with Don Hall. There’s that old theatrical adage that one should never perform with animals or children because they’re too adorable and pull focus. I would add Don Hall to that list. Not because he’s adorable, but because like animals and children, he won’t know his lines or blocking and will eventually poop himself.

Don Hall should never perform with animals or children because he will eventually try to fuck them. Fuck them and call it “dating.”

Everyone here has seen Don’s big balls. If you haven’t, the night is young. Here’s the thing, it’s an optical illusion. Anyone’s balls would look really big if they have an elfin-sized penis. When he tea bags a person, it’s more like dropping two Mentos into a five-gallon drum.

What I admire about Don is his ability to take an idea, embrace it and run with it full steam and with wild abandon, regardless of how horrible that idea is. Ideas such as nearly everything he’s ever directed and marriage.

Don Hall would give you the shirt off his back, regardless of the fact it’s not your size, you would never wear something like that, it smells like cigarettes and you don’t need a shirt.

Don, you are the Kirk to my Spock, the Captain to my Tennille, and the Teddy Roosevelt to my big stick.

You are my best human friend and you are the wind beneath my wings and, by that, I mean you fart a lot. A lot.

Posted by Joe Janes at 6:52 AM No comments: Links to this post