"Judge Rob Murfitt of Wellington, New Zealand made a 9-year-old girl a ward of the court so her name could be changed. The name he took issue with was what?"

8% said "Phyllis McCracken"
- I never knew Phil had a sister.

No one fell for "Ivana Tinkle"
- If your last name is "Tinkle," ain't nothin' gonna sound right.

66% got it right with "Talula Does The Hula From Hawaii"

According to The Associated Press, a family court judge in New Zealand has had enough with parents giving their children bizarre names here, and did something about it.

Just ask Talula Does The Hula From Hawaii. He had her renamed.

Judge Rob Murfitt made the 9-year-old girl a ward of the court so that her name could be changed, he said in a ruling made public Thursday. The girl was involved in a custody battle, he said.

The new name was not made public to protect the girl's privacy.

But they did release a photo of her. 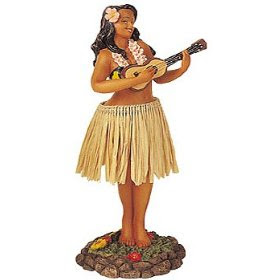