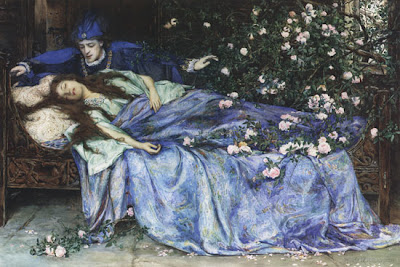 Here's the line-up for the show closing out our first weekend of 50 Plays...

Scott Olson was a director last year at 365 Sketchfest and remounted his evening of sketches at Gorilla Tango last fall. He most recently directed MIKE IN THE WOODS for Cold Basement Dramatics. Scott is on the faculty of Columbia College where he has been teaching for 14 years and is the core acting teacher at the Conservatory at Act One Studios. Also an actor, Scott will be appearing in MEMOIR at the Greenhouse this August.

Cassie Ahiers is a directing student at Columbia College Chicago. She had the pleasure of working with Joe Janes last year as a part of the 365 Sketches and feels lucky to be a part of two shows in this year’s festival as well. Cassie will be attending the Comedy Studies Program next fall at Second City, and she really loves sloths.

Jeff Ginsberg is an actor, director and educator and the coordinator of the Acting Program of the Theater Department of Columbia College Chicago where he has been on the faculty for 25 years. As co-artistic Director of the National Jewish Theater for four years, he supervised, directed or acted in over twenty classics, as well as Chicago and world premieres. He was also co-artistic director of the Immediate Theater Company where he directed Jeff recognized productions of Seduced, Two Small Bodies, Apocalyptic Butterflies and Ragged Dick. Jeff received a Presidential Scholar in the Arts Teaching Award and has twice been nominated for an Excellence in Teaching Award from Columbia College. He is a graduate of Boston University’s School of the Arts and the Yale School of Drama.

Brooke Johnson has BA in Theater from Columbia College Chicago and has written, directed, and performed shows in the Chicago area for the past 3 years. She is happy to be working with Joe Janes again and will be performing in another of Joe Janes‘ 50 PLAYS ‘Peter Pain’. Brooke will next appear with Dandelion Arts at the 23rd annual ‘Abbie Hoffman Died For Our Sins Festival‘, August 19-21 at Mary Archie Theater.

Emma Peterson is the Co-Artistic Director of The Right Brain Project. Currently, she is directing RBP's The Archivist, which premieres July 21, 2011 at the RBP Rorschach. Next, she will be directing Titus Andronicus for RBP’s 2012 season. She is also a proud Artistic Associate of Chicago Fusion Theatre which is currently running Big Love. Thanks to Joe for letting her play with these fine folks and to everyone involved in this crazy wonderful project.

My Thoughts On This Shindig

Dreaming Beauty - Fun to be working with the certifiably insane Scott Olson and his cast. This is one of the first pieces I wrote. I initially thought I'd be able to build the different shows around themes. Schedules and inspiration altered that. But this is a product of when I thought there would be fairy tale themed show. I'm fascinated by Sleeping Beauty. Not much is told about what happened while she slept. This is Sleeping Beauty's nightmare.

Express Yourself - This is one of the few pieces where I found a cast first and asked them to find a director to work with so I could write a piece for them. I remember having a difficult start to this one, but it finally clicked for me when I determined what I wanted to do with Kaitlin's character, changing her from an estranged sister to the ghost of two sister's father who visits them while they are making funeral arrangements.

The Pie Man - Another fairy tale. Really quite coincidental that it's in the same show as Dreaming Beauty and that is also directed by another Columbia teacher, Jeff Ginsberg. Jeff assembled a wildly creative cast well versed in silent theater so I made sure to give them lots of fun stuff to do.

Lube - Crazy piece. Brooke assembled the largest cast I had to work with. A total of nine. Hard to be equitable with lines with such a large cast so I just strove to make sure everyone had something cool to do. I hope I succeeded. Inspired by the recent remount of the original Grease at ATC. This is a clash of context between high school of the 50s and high school of today.

The Film of My Love - This is the only previously produced piece, debuting last year as a part of 365 Sketches. The title comes from a 10cc song and is a satire on Hollywood rom-coms.

For more information and to buy tickets click HERE!
Posted by Joe Janes at 6:57 PM No comments: Links to this post