You Say Tomato, I Say Knob of Red Death

WASHINGTON — The toll from salmonella-tainted tomatoes jumped to 228 illnesses Thursday as the government learned of five dozen previously unknown cases and said it is possible the food poisoning contributed to a cancer patient's death.

The Food and Drug Administration has not pinpointed the source of the outbreak. With the latest known illness striking on June 1, officials also are not sure if all the tainted tomatoes are off the market.

On the do-not-eat list are raw red plum, red Roma or red round tomatoes, unless they were grown in specific states or countries that the FDA has cleared because they were not harvesting when the outbreak began or were not selling their tomatoes in places where people got sick.

The FDA is directing consumers to its Web site _ _ for updated lists of the safe regions. http://www.fda.gov

In spite of only three types of in-organically grown tomatoes being suspected, restaurants nationwide are throwing out their tomatoes by the heaping bushels. Leaving many homeless people, rats and struggling mortgage holders dining on the possibly tainted swollen red fruit. It's typical of we Americans to overreact to any slightly threatening situation (Freedom Fries, anyone?). No one has died. Except for that guy who had cancer. My heart goes out to him. It would be my luck to go that way. He had received good news about his condition and was out celebrating. "Hey, Everybody! The doctor's say my cancer is in remission. Let's party! Hey, this salsa is fantas-C-R-O-A-K!"

The result is a lot of wasted tomatoes. More waste than asking Paris Hilton to rehearse for a film role. The green in me cannot stand for such foolishness. These red tomatoes need to be utilized.

Mr. and Mrs. America, pick up your Lycopersicon esculentum! Don't throw them out. Throw them at a target. Tossing a spoiled tomato at a lame performer is a time-honored tradition long forgotten in entertainment.

Sadly, not everyone goes to see live performances anymore, so we have to pick new targets.

Keep a basket of tomatoes near the recliner while watching the television. Some particularly good targets include...

- John McCain whenever he gets that awkward smile and tries to be funny. "That's change we can believe in-PLOOP!"

- Fox News Anchors - "A knowing glance or did Obama use a terrorist left eyebrow raise? - SMOCK-PLOOSH!" (They get two tomatoes.)

Keep some near the window so you can drop them on dog owners who let their canines poop anywhere on your path from the front door to your car.

Pack a few in your glove compartment for that asshole who honks his or her car horn right behind you when the slow down is being caused far ahead of you.

Take them to the movies and use them on patrons chatting on cellphones. "Where you at-SMACKEESH!"

For you traditionalists, Legally Blond - The Musical, is coming to Chicago. Seats available at vividseats.com (plug!). I hear salmonella red is the new pink. 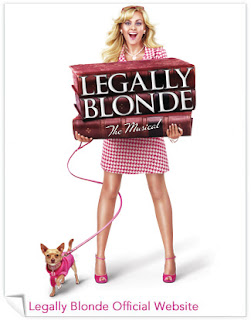 Hey! After taking a week off for a wedding surplus, we return. Saturday at 1pm at Gorilla Tango, 1919 North Milwaukee near Western. Bring your sketches, bring your ideas, bring your funny voices, leave with a better scene and an idea or two for a new scene. $5.

"An obscenity trial in San Francisco was suspended when what was discovered?"

14% said "The defendant is a nudist minister."
- Do not take communion from this man. Not someone I want to kneel down in front of to eat of the body.

No one thought it was "The prosecutor collects videos of school girls."

According to The Associated Press, Alex Kozinski is more accustomed to appearing on lists to fill U.S. Supreme Court vacancies than headlines involving pornographic scandals.

But on Wednesday, the chief judge of the country's largest federal appeals court was forced to suspend an obscenity trial he was presiding over after sexually explicit images posted to his personal Web site became public.

Kozinski, 57, told the Times he thought the material on his site, which included a video of a man cavorting with a sexually aroused farm animal, couldn't be seen by the public. The judge said he didn't believe any of the images were obscene.

Not obscene? Is it an artistic romp with a goat? Was the man playfully seduced by the goat ala Tom Jones? Was it filmed by Ingmar Bergman? Nanny and Alexander? Did it make it okay because the goat was a female? A male goat would have really been obscene. Did it avoid being obscene because the man in the video is a Capricorn, thus making it symbolic of his struggle for meaning in the universe?

If this judge needs a lawyer, he should call me.

In the meantime, I hope his robes are salmonella resistant.

Posted by Joe Janes at 5:46 AM 2 comments: Links to this post