...that if you aren't doing what you love, then what are you doing? I sometimes have a bone to pick with Sir Paul McCartney. He's done enough, already. Really, he has. Yet he keeps on going and keeps on producing work not even close to being on a par with his less-than-stellar work. But I can't fault him for doing what he loves until he absolutely cannot do it any more. If you don't think I'll be putting on sketch revues at the senior center, you would be mistaken. The name of my comedy group will be "It's In The Bag." We will perform on Wednesday afternoons after Arts and Crafts hour (we have to make our props). Complimentary Jell-O shots will be served (lime Jell-O with Metamucil). And all our object work will be vague and shaky.

...that managing to avoid the mainstream movie releases and seeking out really good movies is a great way to spend Christmas. The Fockers can Fock off.

...that friends are family. And if you have a few family members that are friends, bonus points.

...that I don't believe in any religious dogma. The only thing I believe in is karma, what-goes-around-comes-around and practicing the Golden Rule. Justice gets served somehow. Even if we think someone has gotten away with something (see previous administration), karma will kick in somewhere somehow, even if it's in their sleep. I believe people fundamentally do know the difference between right and wrong and when they willfully wrong others for the sake of greed or any other self-service, it will eat away at them. Not as gratifying, but I believe it to be true.

...that there's something to be said for sticking close to home for the holidays. I saved a lot of money, been able to work out more, have been rewatching Firefly and have been majorly chilling out. I miss Ohio and seeing family and old friends, but this is the first time I can recall my holiday break feeling like a break!
Posted by Joe Janes at 6:04 AM 1 comment: Links to this post

...that John McCain has reached full-fledged cranky old man status. I envision him between sessions sitting in a lawn chair on the capital steps shouting at hippies to go get haircuts.

...that creative collaboration is fun because it leads everyone to ideas we would never reach on our own. It also means leaving your ego at the door or you're in for a bumpy ride.

...that, no matter how much we try to stress it's not about money, the holidays are about money. It's money that determines what presents you buy, if any and where you go, if anywhere. But, of course, Christ was born in poverty, so maybe more of us are truly celebrating in the right spirit, whether we like it or not.

...that the best way to become more creative is to keep painting oneself into creative corners.
Posted by Joe Janes at 7:05 AM No comments: Links to this post

This is a project I did for a course in learning to put together podcasts. I used audio from the essay I performed at The Paper Machete and fleshed it out with visuals. There are a flurry of images that I pulled from the Intertubes and I did not track their source. If there is something of yours I am using without permission, please let me know and I will either credit you or pull the video. I'm not making a dime off this thing. Just did it for the class.

...that sometimes it takes someone from another country to remind you how cool America is and how great it is to live in Chicago, even this time of year. It's sort of like family. When you're too familiar, you tend to focus too much on what you don't like versus the good stuff.

...that if you're going to lie about missing class, make sure your Facebook updates don't say you were at a bar in Wrigleyville cheering on the Bears when your e-mail says you were downstate at your grandfather's funeral.

...that the only people benefiting from Trickle Down Economics are heirs.

...that laughing with a group of friends is probably the best kind of laughing.

...that it's okay to get angry, even at the little things, but it's not worth the wear and tear on the soul to hang on to that anger.
Posted by Joe Janes at 6:02 AM No comments: Links to this post

Strange. I woke up this morning compelled to do a minor tweaking to a scene I wrote almost two years ago.

You can check out the damage by going HERE.
Posted by Joe Janes at 10:07 AM No comments: Links to this post

...that we tend to hope for the best, assume the worst and watch a lot of movies and television to avoid thinking of either.

...that holidays seem to be more about getting time off and partying than actually meditating on the meaning of the holidays. When scheduling around your impending hangover becomes an issue...

...that for someone who is non-salaried, the holidays can mean less work, thus less money at a time when spending more money is expected. Not much of a holiday.

...that for improvisation to be successful, one needs to be emotionally invested in an outcome.

...that President Obama has jumped the shark in trying to appease the GOP by extending the Bush Tax rates, but what he doesn't realize is that republicans still aren't going to be fans of his show. And current fans are going to stop caring.

...that the reason I look a gift horse in the mouth is because I'm not tall enough to look the horse in the eye.
Posted by Joe Janes at 6:41 AM 3 comments: Links to this post

The segment I wrote and performed for The Paper Machete is now available in podcast form for free.

You can find it by clicking HERE.
Posted by Joe Janes at 8:58 PM No comments: Links to this post

Email ThisBlogThis!Share to TwitterShare to FacebookShare to Pinterest
Labels: The Paper Machete 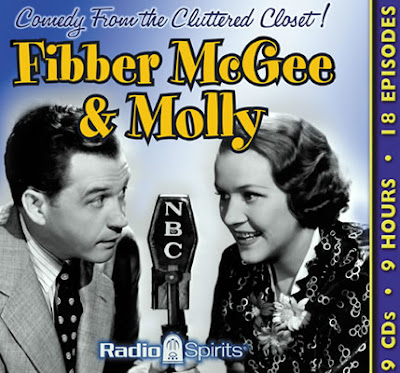 ...that creativity is risk.

...that WikiLeaks is doing the job investigative journalist should be doing. Why aren't journalists doing their job? Because the general public is more interested in Lindsay Lohan and TSA gropes.

...that being a teacher and being a performer puts one in a position of responsibility to set examples. Doesn't mean doing everything right, but getting it right when you get do things wrong.

...that a fun part of teaching is turning students on to stuff they haven't had any exposure to. I had a great time this week sharing Old Time Radio, specifically Fibber McGee and Molly, with students from my Comedy Workshop class. And they got to perform an original radio script live for an audience. Very cool.
Posted by Joe Janes at 7:07 AM 1 comment: Links to this post