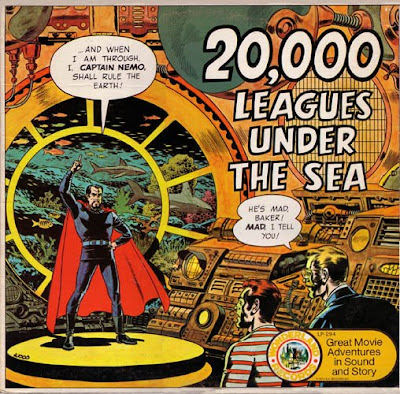 Being a grown-up and all, you should be able to do whatever you damn well please when it comes to furnishing your apartment. As much as I would love for my apartment to look like the Nautilus submarine and my bedroom to look like Captain Nemo's quarters, it's just not feasible. For one, it costs a lot to do it right and I won't settle for less than authenticity. Two, women look at you funny when you ask them to pretend they have just been saved from a giant squid and it would really go better with the apartment if you put on this corset, oh, please. Don't make the captain beg.

So, I found some tasteful big boy furniture that I really do like. It's a platform bed and I got a matching nightstand. It's like living in a hotel. And I won't have to grow a beard or wear a sea captain's uniform to get the full effect. Cats sold separately. 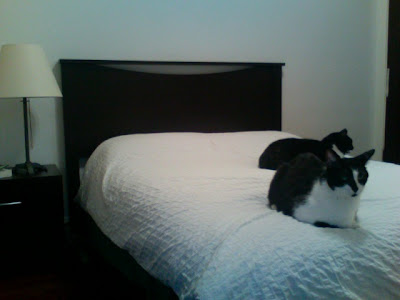 Hope you don't have a crappy Tuesday. Here she is as Dada Dabo about to bite Dada Mondo Yippeeeeeee's head on the streets of Chicago. 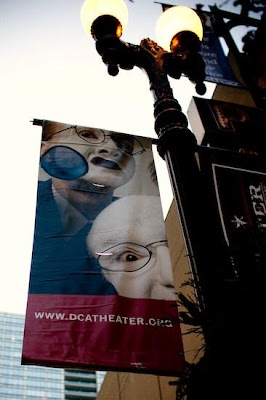 10% said "take meditation classes"
- He did, but that loud "ohm" sound was pissing off the neighbors.

No one said "buy ear plugs for their neighbors" or "whisper"

90% got it right with "listen to Barry Manilow"

According to the Associated Press, Fort Lupton Municipal Judge Paul Sacco says his novel punishment of forcing noise violators to listen to music they don't like for one hour has cut down on the number of repeat offenders in this northwestern Colorado prairie town. About four times a year, those guilty of noise ordinance violations are required to sit in a room and listen to music from the likes of Manilow, Barney the Dinosaur, and The Platters' crooning "Only You."

Sacco began the program years ago when he noticed that many of the repeat offenders simply showed up at his courtroom to pay their fine with cash.

"Most kids don't want to hear somebody like Glenn Close trying to sing opera," he said.

...Okay. Good idea. I don't think The Platters belong on the list, but if I were a teenager playing my gothemometal music too loud, I could see where "Only You" might be like taking medicine. But it is good for you.

And, FYI, let's clear up the magnificent Glenn Close's reputation here. She does not sing opera. She once did a forgettable movie called Meeting Venus in which she played a diva opera singer. Her voice was dubbed. You can watch the trailer HERE.
Posted by Joe Janes at 6:09 AM 4 comments: Links to this post