(Skipping the "I Believes" for today. Might hit them tomorrow for Christmas.) 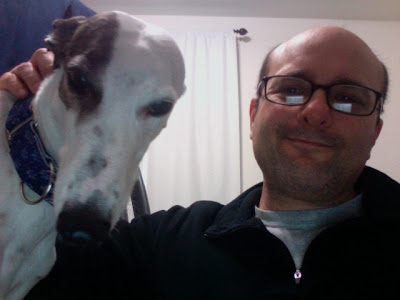 This is Liberty. My brother Bob's newest dog. He also has a greyhound named Rush. Don has a mutt dog named Cheyenne who is a sweetie and slowing down a bit in her old age. All three are females and the only source of feminine energy in this household. My younger brother treats his girls very well and I think the care has lead to him drinking a little less and losing weight. 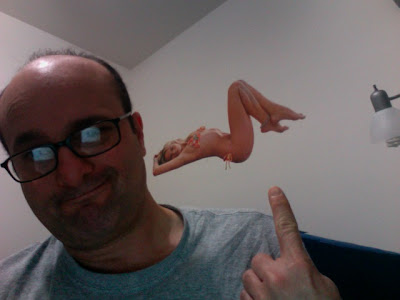 Nothing says "Welcome, ladies" like a beach babe laying prone in the sand for a seaside pelvic exam.

He also recently bought a gun.

Ever since reading The Road, my brother is convinced that in the next few years we'll all be pushing shopping carts and expanding our definition of food to include one another. I'm a little more optimistic and will never own a gun. We're going to a shooting range later today where I will get to shoot a gun for the first time. I'm actually looking forward to it. I feel like I should know a little something about guns so I can be more informed about adamantly not having one.

One of my favorite sites to go to for a chuckle continues to be The "Blog" of "Unnecessary" Quotation Marks.

This one cracked me up. 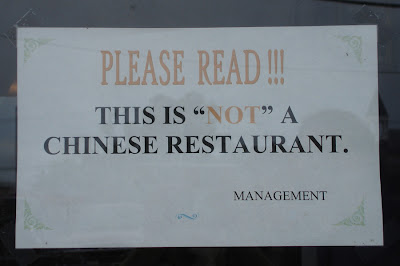 So, it "is" a Chinese restaurant?

Reminds me of a modern day Magritte. 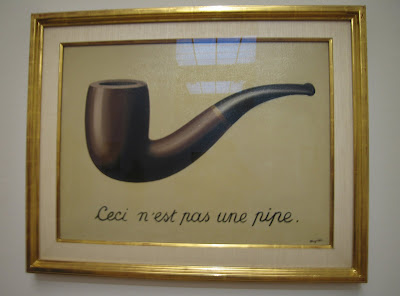 "Istanbul-based Baydan Shoes says they have had an increased demand for Model 271, otherwise known as the what?"

72% said "The Bush Whacker"
- Nope. That's what it would have been called had they included me in their product focus group.

No one said "The Flogger"

According to BBC News, Istanbul-based Baydan Shoes claims it made the shoes and says it now has tens of thousands of orders from around the world - including from the US and Iraq.

The shoe was called Model 271 but has been renamed Bush shoe, the firm said.

However, the brother of shoe-throwing journalist Muntader al-Zaidi says he believes the shoes were Iraqi-made.

Durgham al-Zaidi criticised people he said were trying to exploit his brother's actions for commercial gain.

Whereas I applaud them for learning well from America. We'll turn that region into an American colony yet!

Posted by Joe Janes at 7:36 AM 2 comments: Links to this post