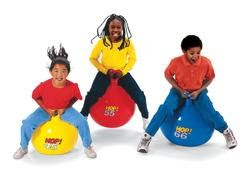 August is a very busy month. It's like I have a job or something.

Two "365 Sketches" book events are brewing. Next Friday, the 13th (whee!) I'm doing a book release celebration at the de MAAT studio at Second City. Hosted by Michael Gellman, the event will feature ten scenes from the Strawdog series with the original casts. The scenes were chosen to highlight the variety of the scenes in 365 and to feature some of our favorite performances. If you missed Merrie Greenfield as a robot, this is your chance to make your life complete. Tickets are five dollars, three for students. Probably a good idea to get your tickets in advance. The number for the box office is 312-337-3992.

Another book event will be at one of my favoritest book stores of all time, Quimby's in Wicker Park. Quimby's is an independent bookstore that features independent and obscure books and magazines. Great place to go when you have no idea what to get for someone, or yourself. The staff is super friendly, too. This will be Saturday, August 21st at 7pm. This will feature four very fine Chicago actors and me performing some of the monologues from 365. This event is FREE.

A new piece I wrote called "Creepy That Way" will be performed at Mary-Archie's infamous AbbieFest. AbbieFest is a non-stop 3 day theater event. Dozens of theater companies descend upon the Mary-Archie theater and perform some of the best, most creative, most shocking, most crazy, and sometimes most horrible things you have ever seen on stage. It runs August 20, 21 and 22. Not sure yet where my piece falls into the mix or if it will even be performed more than once. You can buy one-day passes for $10 and weekend passes for $25. It's a great deal. You can buy weekend passes HERE.

August wraps up with two directing projects. I'll be working with about 20-30 incoming freshman to create a performance peice to do out in the world ala Improv Everywhere. We'll meet on the last Monday of the month and perform our piece by or on that Thursday. There will also be a piece we do with all 200 incoming freshman. Not to give anything away, but word is it may involve 200 hoppity-hops.

The other directing project, also insane, is a 24-hour sketch revue. I'll be meeting with eight actors and ten writers on Friday, August 27th at 10:30pm. 24 hours later, we'll be performing a 45-minute sketch revue in the de MAAT studio. I've assembled a top notch group of actors and writers and anticipate this just being a buttload of fun.

And I have writing projects. I'm working with RvD to rewrite "The Saga of the Viking Women" for a fall remount. The show went so well last week at the Neo-Futurists that everyone in the show is chomping at the bit to do it, again. We're working on securing a venue. I'm also writing an original piece for Wildclaw Theater's Deathscribe. This is something I've wanted to do since its inception. The goal is to write a ten-minute horror piece for radio. A tough task that I look forward to wrangling with. I think comedy and horror have a lot in common. It's about building and releasing tension. But to strip away being able to rely on visuals... I can have a boogie man jump out on stage from behind something. Doing it on radio just sounds like someone tripped.

Speaking of radio, I submitted a writing sample and resume to one of the greatest radio shows of all time. Keep your fingers crossed. As mine are now as I tyopbd .

And all this is one top of my regular Second City teaching schedule and summer workshops.

In other words, I'm having a blast.
Posted by Joe Janes at 6:35 AM No comments: Links to this post