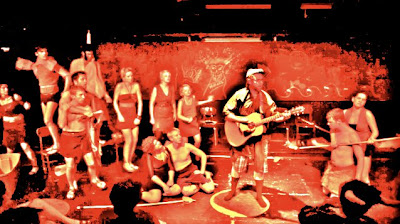 ...gays being denied marriage and military service (hopefully over), 50 million people still uninsured post-healthcare reform, stalling benefits for the unemployed, blocking jobs programs, kicking people out of their homes before doing everything possible to keep them in their homes, putting corporations before people... Everybody counts, America. It's the land of opportunity, not the land of "go fuck yourself." Act like it.

...that "fiscal conservative" is an oxymoron.

...that the GOP is trying to buy the election with massive amounts of money being poured into election campaigns from foreign and domestic corporations and billionaires. My vote is not for sale. However, I will entertain offers.

...that you only have two more weekends to see Robot vs. Dinosaur's The Saga of the Viking Women and their Voyage to the Waters of the Great Sea Serpent as Performed by the Inmates of the Asylum of Charenton under the Direction of The Great Sea Serpent. See it before it's gone forever. The show rocks. It's funny. The music is great. And it has a sea serpent! 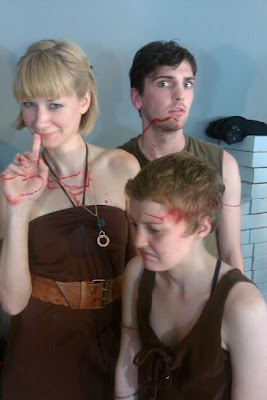 Posted by Joe Janes at 6:48 AM No comments: Links to this post