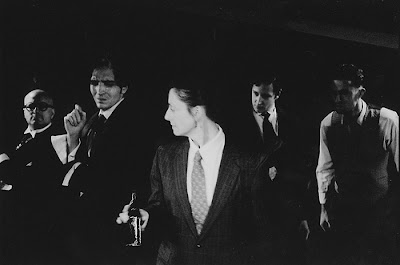 Time Out - Chicago has posted a review...

"In an attempt to cut down on casualties in Iraq and Afghanistan, the British Army is doing what?"

44% said "Dressing up mannequins as soldiers"
- That's what America does when it wants to inflate its numbers from coalition countries, like Albania.

22% said "Using remote controlled toy cars"
- That only works in movies, which means we should try it. George seems to have watched a lot of John Wayne and Clint Eastwood flicks.

11% got it right with "Training dogs to parachute"

According to The Sun, fearless German Shepherds are being trained to jump from aircraft at 25,000ft wearing their own oxygen masks and strapped to special forces assault teams.

Once down in hostile terrain in Iraq or Afghanistan, the dogs will be sent in first to seek out insurgents’ hideouts with tiny cameras fixed to their heads.

The cameras will beam live TV pictures back to the troops, warning of ambushes or showing enemy leaders’ locations.

The cameras will also beam extreme close-ups of balls being licked and crotches being sniffed.
Posted by Joe Janes at 5:54 AM No comments: Links to this post