Generally speaking, I like Comcast. Except when I move.

On Sunday afternoon, my cable and Internet went out. What was odd, is that my laptop still indicated I was getting a wi-fi signal, but I couldn't access the Internet. On the tube, I still had my DVR and channel guide, but kept getting an eternal "Just A Moment" window. Called Comcast, the friendly lady had me plug and unplug a few things to no avail. She thought it might have to do with my modem and set me up for a visit from a Comcast tech elf. No problem, really. I could access my e-mail from work and it just put a crimp in my blogging for a few days.

Wednesday afternoon, the cable guy comes by, takes a quick look at the "Just A Moment" screen and concludes it has nothing to do with my modem, someone turned off my service. He asked if I recently moved in and then informed me that sometimes when the previous tenant's service expires, the new tenant's service gets cut off, too. Now, I don't really know if that's what happened. My cable didn't get installed until a few days after I moved in and you can bet the first thing I did when I unpacked everything was hook up my TV to the existing cable and see if I lucked into any free HBO. Nope. No such luck. The only thing I do know, is that nothing was broken on my end. Comcast owes me three days of Internet and cable.

The upside. I read more. Currently reading American Gods by Neil Gaiman. Great book. Imaginative, profilific storyteller. I can hardly stand to be away from it. I also listened to more music and radio. Not so bad from that aspect, just a pain in the ass.

THE BS NEW QUIZ OF THE DAY

"Steve Lipski, a New Jersey councilman, was arrested in Washington, D.C. for doing what?

18% said "soliciting a prostitute"
- Tough call in DC. Isn't everyone a prostitute there?

82% got it right with "urinating on a crowd"

According to The Associated Press, Lipski was in D.C. to see a Grateful Dead tribute band and was spotted relieving himself on a balcony onto a crowd of concertgoers by one of the club's staffers around 9:50 p.m., club sources told the Daily News. He was charged with simple assault.

He went on to say that the incident was "deeply humiliating, very embarrassing" and troubling," the Daily News reported.

The 44-year-old Democratic councilman refused to admit to the lewd stunt.

Of course, he's guilty. It's the "Trickled On" economics that politicians have been practicing for decades.

I think he was urinating when this picture was taken, too. 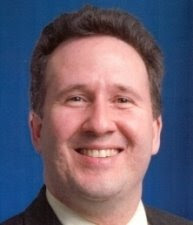 Email ThisBlogThis!Share to TwitterShare to FacebookShare to Pinterest
Labels: personal

I apologize for the trouble.

Please send me your account information. I will take of the three days without cable and internet.

Thanks for sharing the post about the "Quiz of the Day" :)

You think you're addicted to "American Gods"... wait until you pick up "Anansi Boys."